Watch a play list of people talk about the 1950s here

Nationalisation of the British steel industry

The Orb Works is nationalised along with British Steel

"In 1951 British steel was nationalised. The post-war General Election had retuned a labour government which set about an almost immediate scheme of nationalisation of all major industries. However, a general election at the end of the year saw the return of a Conservative Government to power, who promptly took steps to reverse the nationalisation of steel in 1953."Stephen Berry – Orb Works 100 years

Read a Guardian article about the nationalisation

Growth of the Orb Works

A £2 million pound scheme was published in 1955 to install an additional plant at Orb Works to meet the demand for high grade cold reduced silicon steel. This was followed by a similar scheme in 1958.
This expansion would have seen the areas around the works change as more houses were being built for the workers. The Lysaght Club and community grew with it.  These maps show the changes to the land and the growth in housing for the workers. 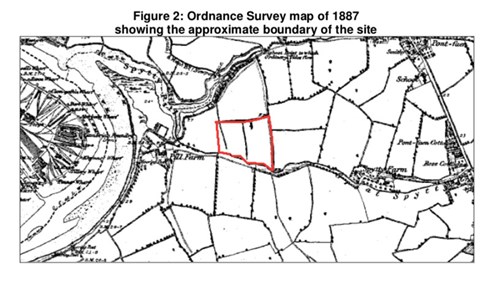 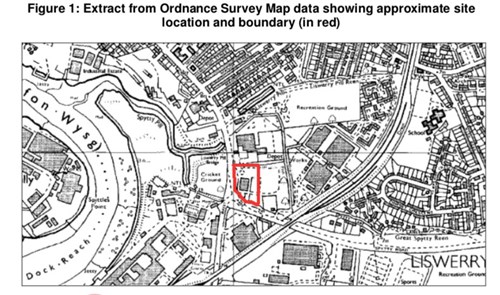 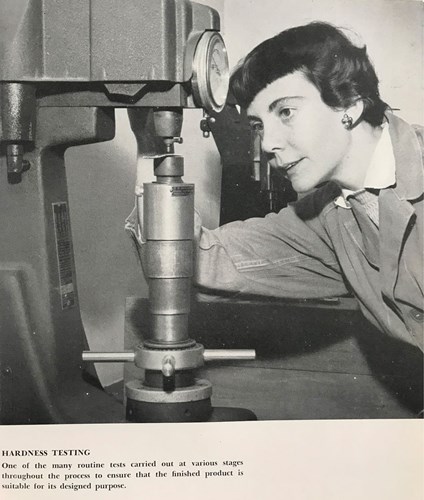 Younger women were working and starting a career in the 50’s. We talked to ladies who worked in the Orb Works' telephone exchange and the Orb Laboratories. Married Women were starting to bring in an income, and more women were employed at the works at this point.

“I moved around in Lysaghts, I started off in the mail room, and then I learnt to use the telephones, and I didn’t do very well at that in the exchange. Then I moved across to the laboratory, worked in the records department in the laboratory, then I worked in the lab testing some of the steels.” June - Linc Tenant from Willowbrook extraCare scheme

Women in the steel works

Lysaght Institute in the 1950s 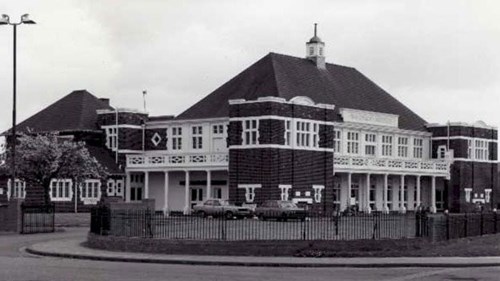 After the war was won in 1945, Orb Workers and their families started to settle back once again into local life. In the 1950s, the Lysaght Institute was the place to meet with friends and family, catch up on the news and enjoy a drink. It was still definitely an Orb Works family affair with a strong community.

We spoke to many people who remembered having a Coca Cola and packet of crisps as children on the lawn outside on a hot summer's day, while parents chatted and had a drink with friends and family. 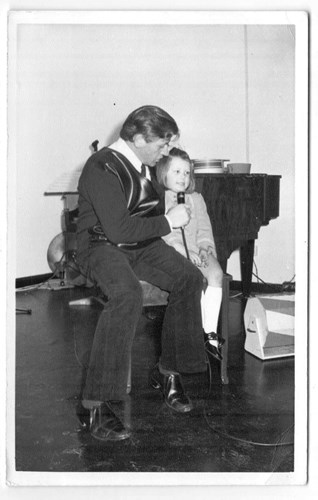 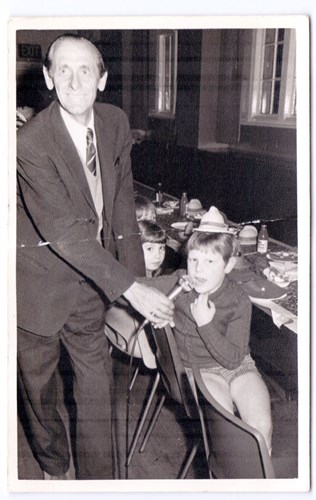 “I remember as a child in the summer, as a family we would go to the ‘Stute, and sit in the beer garden. Bottle of Coca Cola and a packet of crisps for me and my sister! Happy days.” Susan Hodgkiss Watkins

Night life was thriving with regular performances by cabaret singers, entertainers and bands.

“There used to be a fantastic entertainment hall with cabaret singers/entertainers/bands would appear.” Linc-Cymru tenant 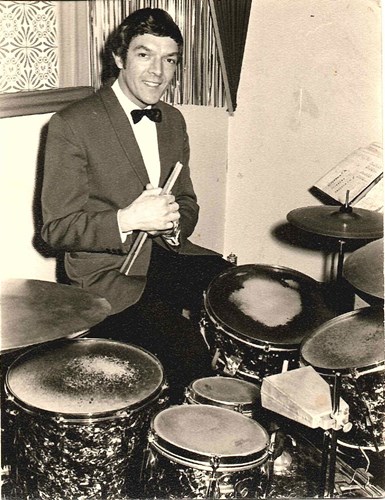 Tony Whatley made weekly appearances as a drummer at Lysaght 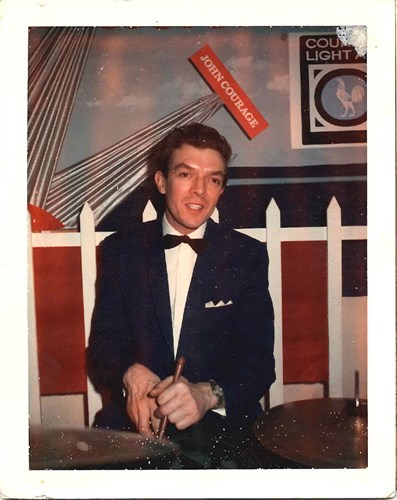 Memories of being a Teddy boy 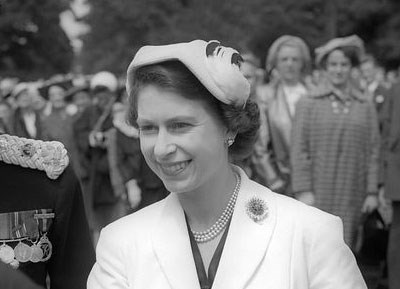 Lysaght Institute hosted a post coronation visit from the Queen in 1953. As reward for perseverance and success, Mr. W. R. Lysaght presented the Lysaght Orb Works Brass band with a Coronation gift of new instruments and uniforms.

"My dad worked for Lysaghts for many years’- earliest memories of the ‘Stute 1953 coronation -  I'm sure there was a big party I had an autograph book with a special steel cover with coronation photos on the cover." Linc-Cymru Tenant 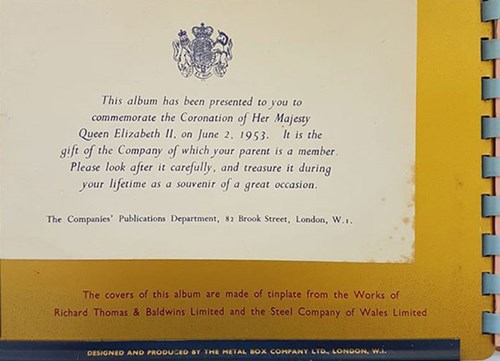 “I was presented with this autograph book to commemorate the Queen's Coronation. My dad's name was Charlie Clarke”. Mark Clarke 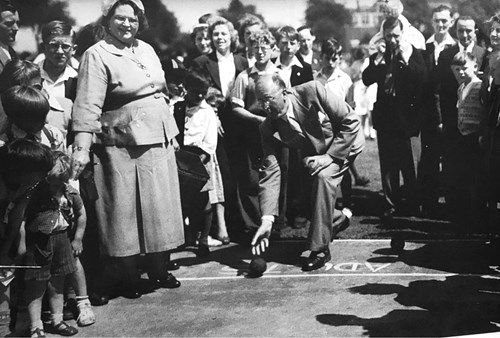 "The annual Sports Day was always a great event. This was first introduced in 1953 as a part of the Coronation celebrations. Apart from the obvious sporting events for the children of employees, there were always side shows, arts and crafts competitions, pony rides, Punch and Judy, a miniature passenger-carrying railway and a children's corner. The Sports Day was held for many years. Somehow it always seemed to take place on a wonderfully hot summers day!" Stephen Berry – Orb Works 100 years

“My father worked at the Orb works and I can remember going annually to the sports ground for races and games..” Mark Clarke 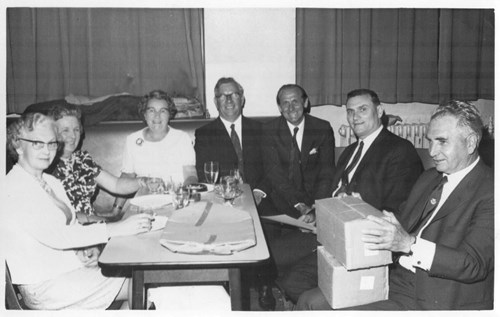 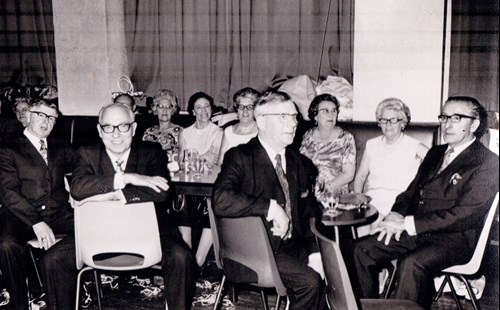 Staff parties for workers at the Orb Works were often held at Lysaght Institute. Christmas parties were a highlight of the year and a memorable occasion for children of the workers and their families. Ladies who used to work at the Orb laboratory told us about these parties. 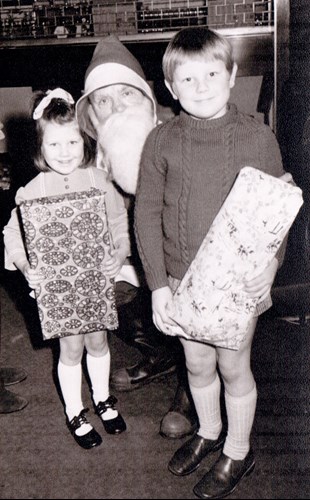 “Christmas was an exciting time at Lysaghts. If you worked there, all the kids were given a present and a big party. Big occasions, yeah”

“They used to start organising the Christmas party in about August – that’s when we put our unborn baby down as Jonny. My son David was born in November and in December we went to the Lysaght’s party, and suddenly the announcer said ‘Steven and John Roberts’ and we just sat there because we’d forgotten all about it! And it suddenly dawned on us after about three or four announcements in that they meant David – I sent Steven up and I had to carry David up”

"I loved the Christmas parties. They were brilliant and generous presents! My ex-husband also worked there, so all my kids went to them too! They loved them." Susan Hodgkiss Watkins

“We used to have a Christmas meals, which was held in the Canteen over the road at one of the works, and we used to have concert, and every took part in this concert.” Linc Tenant - Glyn Anwen extraCare scheme 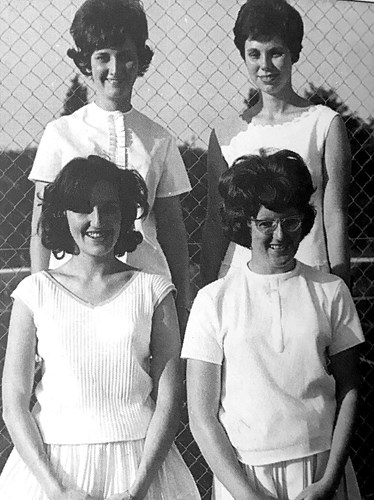 A tennis team was started in the 1950’s and proved very popular. 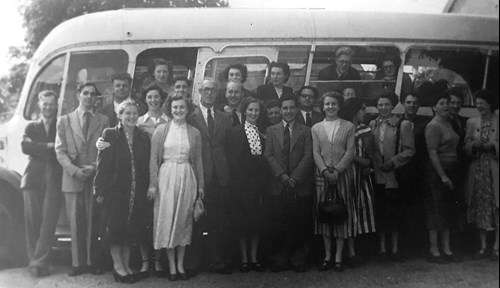 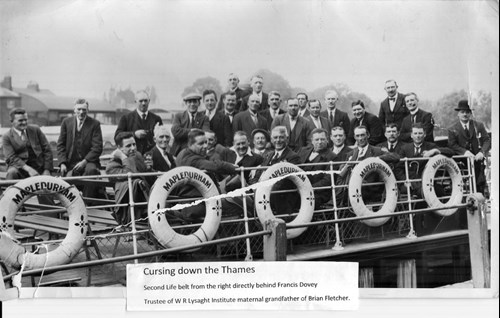 There were often staff and children's outings. This photo shows a day out to the Cotswolds for staff. Barry Island was a popular destination for a works family outing. Listen to Jack Black talk about a big bus trip to the Island, which was often jam-packed on a sunny summer's day.

A trip to Barry Island 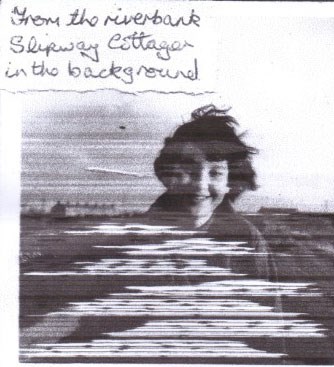 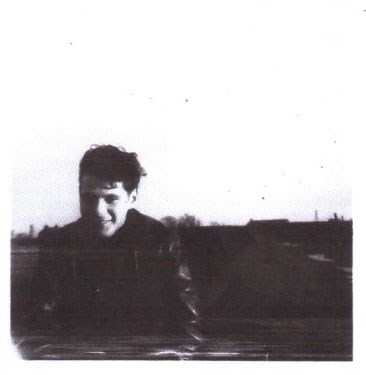 Peggy Fitzgerald was born in 1941. She tells of her childhood memories growing up in Newport in the 40’s and 50’s, and some of her later years.

The Lysaght brass band in the '50s 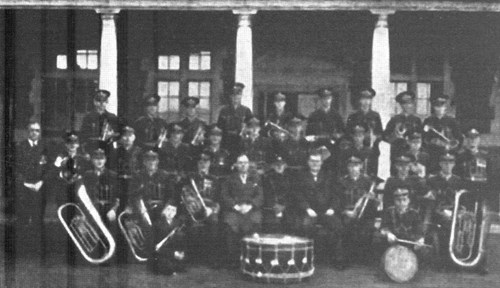 W. J. Lysaght had shown support for Lysaght Brass Band in the 30’s and gifted them with new band uniforms and instruments to celebrate the Coronation of the Queen. The band was still going strong in the 50’s. Keith Haslett told us about joining for a short time in '53.

“In 1953, I was 10 - I joined the Lysaght Brass Band. My older brother Ken was a member through his best friend John Harding who worked there.  Ken gave up when he got married in 1954. I only stuck it for year as I damaged my lip and loosened front teeth in a bike accident. I wish now I could have persevered because my son and daughter have been stalwarts of Usk Brass Band for years. I remember playing on Remembrance Day 1953 in the factory grounds. We used to rehearse in a building just inside the gates on the right” Keith Haslett

Lysaght Institute wasn’t exempt from its own scandal from time to time, in 1953 Mr Grant was charged for embezzling £10 whilst a Lysaght Steward.

Western Mail - Wednesday 15 April 1953
Steward remanded on embezzlement charge.  On his second appearance before Newport magistrates on a charge of embezzling £10 while employed by W. R. Lysaght's Institute. Brinley Verdun Grant. aged 30 was yesterday again remanded on bail until May 6. Grant. whose address was given as Lysaght's Institute, Corporation-road, Newport.

The article reads; 'A steward who disappeared on stock-taking day from the Institute where he was employed was alleged by the prosecution at Monmouthshire Quarter Sessions yesterday to have embezzled three sums of money, totalling £805, belonging to his employers, the committee and members of the W. R. Lysaght Institute, Corporation Road, Newport. Brinley Verdun Grant, aged 36, of no fixed abode, pleaded not guilty to embezzling sums of £451 and £344, but guilty to a charge concerning a sum of £10. Mr. R. B. C. Purnell, for the prosecution, said Grant was steward of the Institute from August 1949 until April last. He was in charge of a bar and received monies from dances and members' subscriptions "The takings were very considerable" counsel said "they came to several hundred pounds a week" The Institute employed an independent stock taker each month "Unfortunately, there was one thing which apparently it was not his duty to do, and that was to check the cash in hand" counsel continued. For many months the stock taker found there was either a surplus or a deficiency and for a considerable time, the Institute passed that over. During the early months of 1953 the secretary noticed Grant was getting behind with banking his takings. On April 1, stocktaking day, Grant disappeared. In an alleged statement, Grant said he tried to cover up deficiencies in the books because he did not want to lose his job "All I had was £10 I took form the savings which was the clubs money" the statement continued. "Things got so bad I didn't have sufficient to bank and I had to borrow from friends to make things go right." another alleged statement read "The deficiencies were more than one weeks takings." "I was told to make up the deficiencies and I knew I could not do that. I took £10 in notes from the safe and caught a train to London. Since then I have been very worried and have slept rough. Counsel said to the jury "If the accused did not take the money, where has it all gone?" The hearing was adjourned until today.'

A sad loss for everyone

Joan Rowe who used to regularly dance at Lysaght, remembers a young man who sadly died, he was hit by a car outside Lysaght building on Corporation Road on New Years Eve.

A sad loss of life outside the Institute