Watch a playlist of people talk about the 1980s here 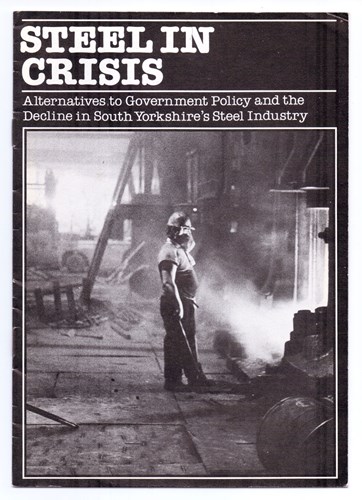 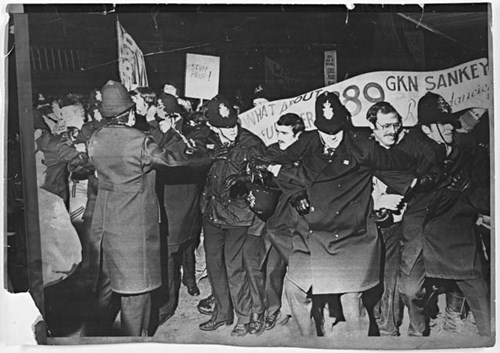 The 1st of January 1980 saw the first steel strikes, supporting demand from the trades unions for a 20% pay rise from the loss-making British Steel Corporation.

“The steelworkers called for a national strike in support of a 20% pay increase.  BSC had offered 5%.” Alan Coombs

The management was offering a 6% increase, allied to local productivity deals. Steelworkers also feared British Steel’s long-term plans for profitability would mean the loss of thousands of jobs. Their fears turned to reality in 1981 when Prime Minister Margaret Thatcher’s Government announced the termination of thousands of steel jobs across Britain.

The strike went on for 13 weeks and hundreds of Orb steelworkers and their families were reduced to living off social security handouts – often very small sums, which were taxed. 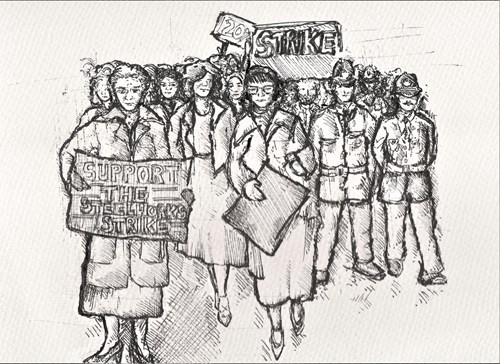 In February 1980 - miners voted against supporting the steel strike.

We talked to people who remembered this time well, with children and mothers bringing food and drinks and steel workers picketing on the front line. It was a stressful time for many steel workers and their families.
The strikes could not prevent the loss of hundreds of jobs at the Orb works, leading to a drastic reduction from 3500 workers in the 1940s to 280 by the late 1980s. 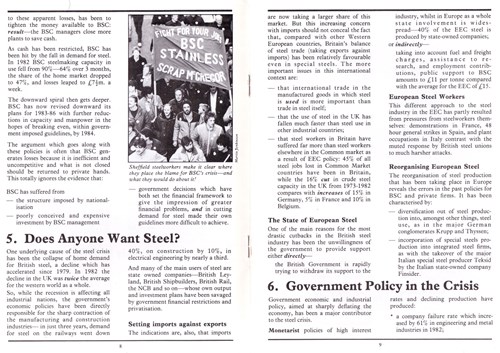 “Orb was part of the British Steel Corporation which was a nationalised industry between 1967 and 1988 when Thatcher privatised the steel industry. British Steel PLC was formed after privatisation which followed the Steel Strike.” Alan Coombs

"De manning in the '80s, after the strike, although it was horrendous, and I knew a number of people who lost their jobs, did lead to Orb’s survival."

“In the '80s Orb was again under threat when the suppliers at Port Talbot decided to stop supplying the raw material. If it wasn’t for Ravenscraig in Scotland stepping in and making steel for Orb it would have closed in the '80s.” Alan Coombs 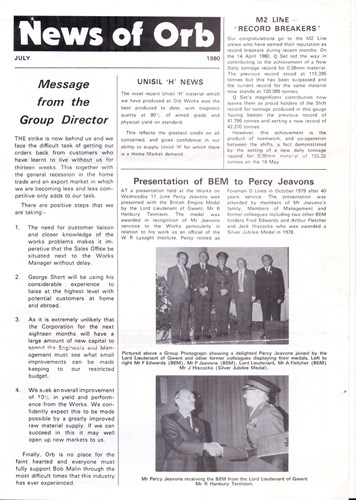 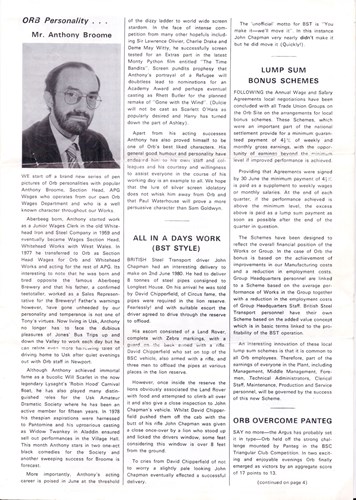 A Visit from Tony Benn 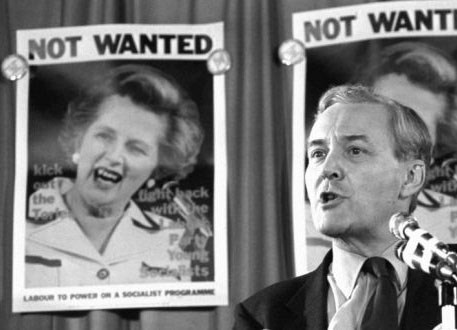 “When the Labour Party was in opposition through the 1980s, Benn emerged as a prominent figure on the left-wing of the party and the term "Bennite" came into usage as someone associated with left-wing politics. Benn was described as "one of the few UK politicians to have become more left-wing after holding ministerial office".

“Well I remember in 1980 we had Tony Benn, the MP down here at Lysaghts. Yeah, he came for a meeting with us.  I think he joined the picket lines and supported us a lot during those strikes.  It was an awful time - it was just horrible.  He was always really supportive of us and of the miners.”

Support for the strikes from unexpected quarters

In the early 1980s punk music arrived on the scene at Lysaght. Some Welsh punks made songs about the decline of the steel works, and the way the steel workers were treated by the conservative government at the time.  In 1985 they also penned a track about the steel industry.

“Bands just don’t write songs about the steel industry anymore (alright, maybe they never did…). But for a brief spell in the mid-1980s two British rocks bands released albums, both of which made the top-twenty in the United Kingdom, that featured songs about Britain’s steel industry and its sorry decline.” Bleddyn Penny 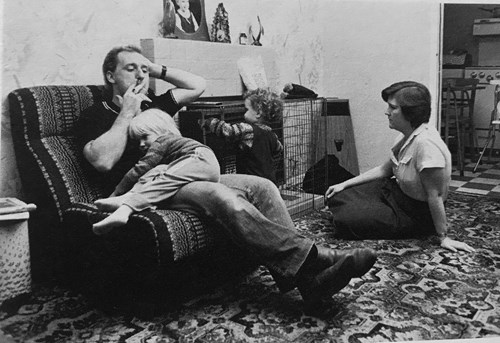 The '80s were a hard era for many in Newport including the Orb Steel workers and their families. Unemployment had increased in Newport and hundreds of Orb jobs were lost by December 1980. The book ‘Industry - Newport Survey 1984’ includes many photos representing this time, originated and produced by the department of Documentary Photography, Gwent College of Higher Education Newport. The book documents Newport Industry in 1984, from the close of Llanwern Steel works to documenting families facing unemployment.

Lysaght Institute in the 1980s 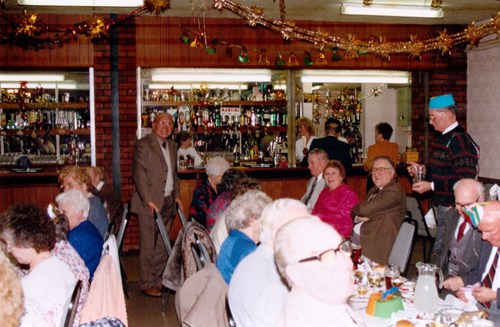 Locals still went to Lysaght Institute to socialise, despite the financial difficulties many faced due to the Conservative Government decision to cut 1000’s of Welsh British Steel corporation jobs in the '80s, including hundreds of jobs cut at the Orb works and thousands at Llanwern Steel works. 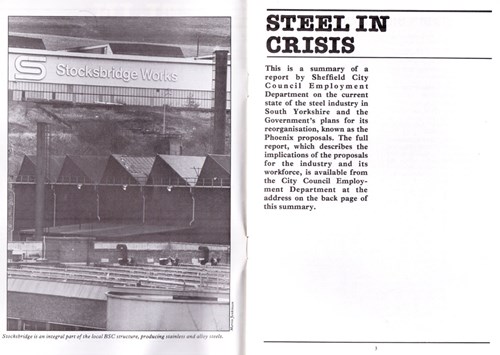 “Wednesday nights during the early '80s where would you be? You would be at Lysaght Institute, the only place to be if you were under 18. Every week on a Wednesday after school, my friends and I would get all dressed up in the latest '80s fashions and meet up to walk to Lysaght Institute. Our walk would start from home in Ringland and up over the Nineteen Hill. We would meet friends along the way from all areas in Ringland and then onto Alway where we would stop off at the 10 o'clock shop in the hope we would be able to purchase of a bottle of cider to drink en-route to the disco. At the age of 14 we always failed miserably to purchase alcohol even in our high heels and a face full of makeup, there was no way we could fool the shop assistant!” Helen Jones 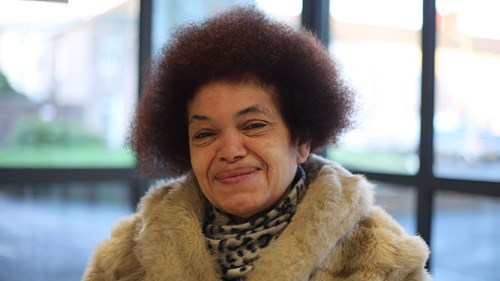 In 2020 Lysaght Institute hosts many different cultural events and wedding, and is a multicultural venue supporting the local BME community. Black History month annual celebrations took place in the Institute in 2018 and 2019. This wasn't always the case however as the Orb Works and Lysaght Institute used to have a mainly white working class presence and would have been very family orientated at the time. It is said that if you were from a BME community you would have had to know someone or have a relative at the works to get a job back then.

“I wouldn’t go to clubs on my own, I come there with a group of people from my work, women and men, so I would dance among those women who I know, so I didn’t have to dance with a strange person, who her husband said you cannot dance with my wife.” Roy Grant

Lysaght Social activities and clubs started to slow down in the 1980s.

“Pre war Orb employed 3,500 people. This dwindled to 1,300 in the '70s and then reduced further to 600, after the strike when 700 people were made redundant. This affected Lysaghts as there weren’t the numbers to support the institute. Also, people who were still working at the Works were coming from further afield like Cardiff, and they would go straight home from work and wouldn’t go to the club. There was a tendency also for people to socialise more at home and with their families. Things became very different. I remember in the '80s the tennis club were really struggling to get a team together.” Alan Coombs

Membership starts to decline at the Institute

“It was always packed out on a Tuesday and a Friday”

“There was a Lysaght disco on a Friday night in the late '80s, lots of room to dance in the big hall upstairs, it had a dark wooden floor. I remember having shoulder pads, and I was so proud of my perm” Linc-Cymru Tenant

Scandal in the skittle alley

Scandal in the skittle alley

Jack Black told us how skittles was still a popular sport played at Lysaght and the local areas. The skittles trophy was so coveted that some teams even cheated to win it.

"Skittles was a big thing. My uncle played for the Orb. They won the league several years on the trot, but then they were found to have been cheating. They had been putting lead weights into the skittles. The Lysaghts mob were thrilled when they found the Orb had been cheating” Jack Black

“We used to go the skittle alley at the back of the building and play skittles and drink pop with my grandad.” Linc-Cymru Tenant

“I was always taken there by my grandparents to play skittles when I was a child. Very fond memories of the place.” Linc-Cymru Tenant

There used to be horse race gambling game in the downstairs bar room. There was a wooden race track, and you would bet on a horse to win”

“I was part of the local Labour club that met at Lysaght before it closed, after it closed we moved to The Ringland Labour Club, we still have dancing every Tuesday, a lot of the people who come would have originally danced at the ‘Stute.” 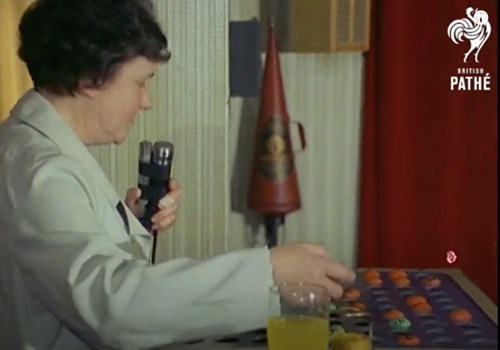 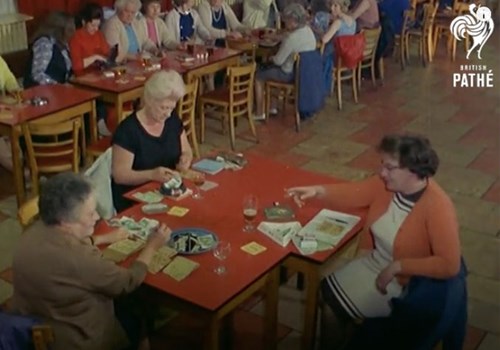 Bingo was a popular game played at Lysaght Institute for many years, it was held downstairs in the bar room and the players could get quite excited at times.

The birth of Newport AFC 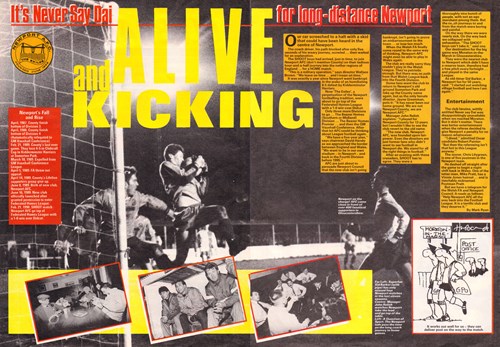 In 1989 - Lysaght Institute held the famous meeting which brought about the formation of a new football club, Newport AFC. 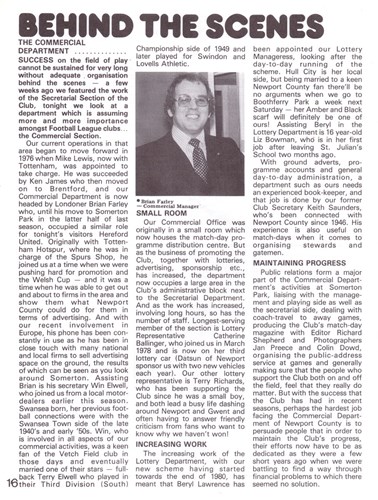 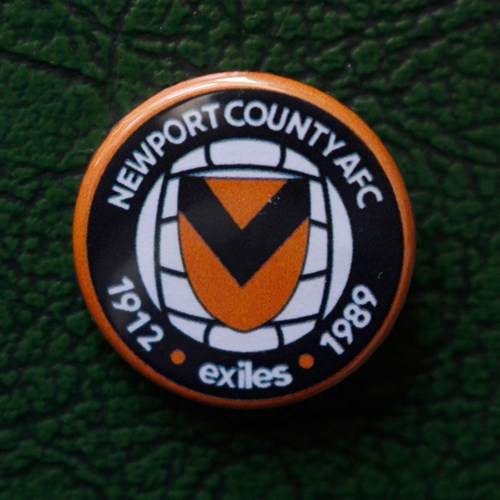 Following the sad demise of Newport County in February 1989, a new club, Newport AFC, was created by a group of County supporters three months later. The intention was to play at the highest level possible in the Football League Pyramid, with the aim of returning League football to Newport. The new club was founded, financed and run by supporters. It’s motto was “Football with a Future"