Watch a playlist of people talk about the 2000s here 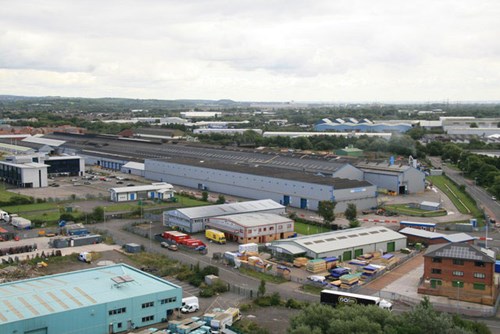 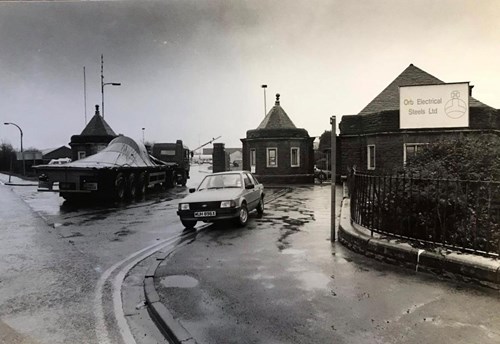 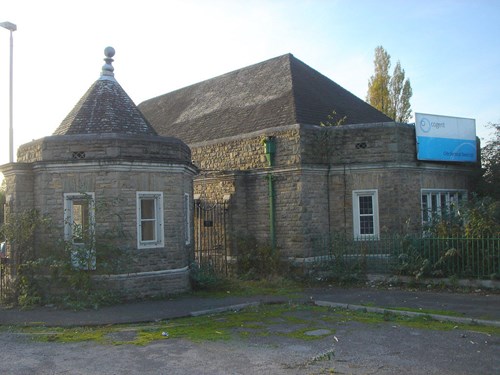 In 2004 Cogent Power embarked on a major restructure and investment programme at the Orb, the first significant investment in the works since the 1960’s. The project included the sale of the oldest parts of the works on a 23 acre plot known as Monkey Island, included in the sale were the administration buildings which were housed in Pill Farm House which had survived since 1895, the training centre and steel packaging plant.

Lysaght Institute in the 2000s 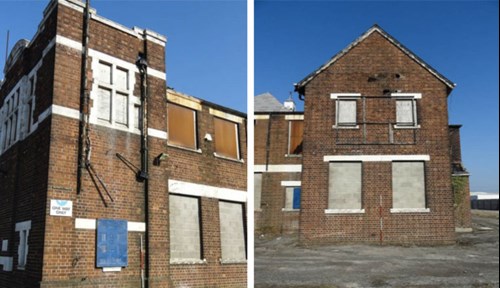 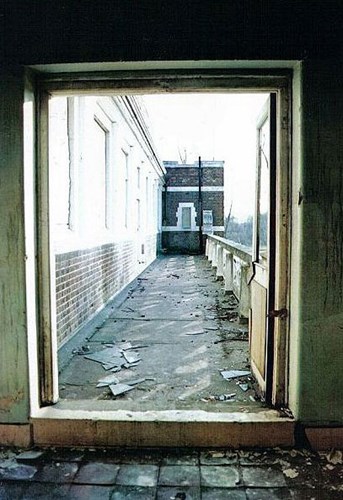 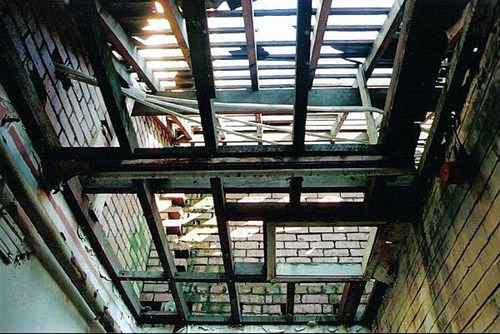 Sadly the Lysaght Institute closed its doors in 2001 and continued to fall into disrepair. The roof went, and with it the maple dance floor was lost. In 2007 the whole of the 22 acre site, including the now derelict Institute, was bought by a national house builder who secured planning permission to develop between 350 and 450 homes.

The house builder’s plan changed and the company put the site and the Institute up for sale. During their ownership the company tried to sell the Institute but despite widespread marketing, no interest was received. The building fast became an eyesore on the Newport landscape.

“I saw people pull up in a van and take the tiles from the roof, the whole place was gutted”

“It was used for training dogs by the police, on that beautiful dance floor, it was a disgrace” Joan Rowe

An icon, fallen into disrepair 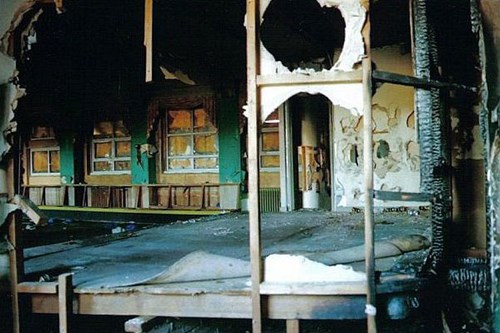 “A few years down the line, you're looking and thinking ‘oh no they’ve closed the Lysaght's down’ a few years later it looked awful, it started falling apart. I thought that was it, because they were going to knock it down. A few years pass, and you walk past and think what an eye sore, it’s just got worse. Tiles were falling off the roof, and half the building started to disappear from the back.” Shannel Mitchell 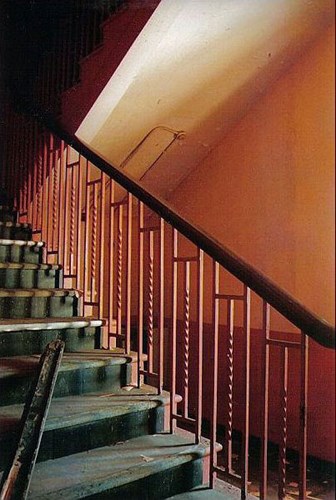 “Lysaght's was the centre of the whole community.  It was never called Lysaght's though…it was always The ‘Stute.  We were so sad when it closed down and we thought it was going to be knocked down.  People were absolutely gutted.  It was a big chunk of the family, thousands of people worked there when it opened.” Jack Black 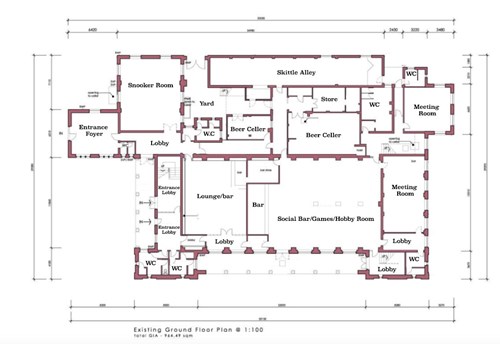 A place to hang out 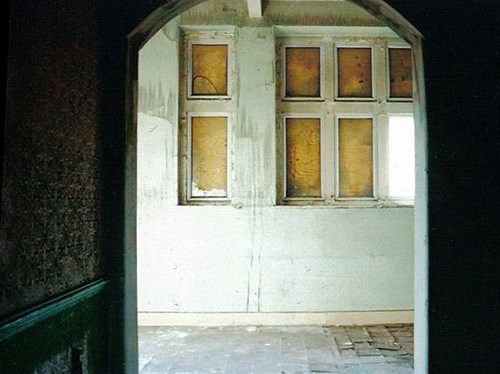 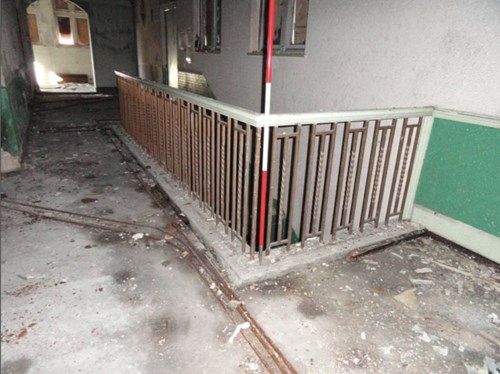 We heard from someone who remembers hanging out in the Lysaght Institute as a teenager when it was derelict, climbing through windows, and running around the now empty building with friends. He said it was very easy to enter unseen from the back.

“When I was 13, a friend and I attended the circus that used to be held where Orb Drive now sits. Well, it wasn't as fun as we thought, so we left and decided the old Lysaght building looked more fun. However, it wasn't. It was cold, and wet, and dark. Scared the life out of me. I only remember entering the first area, it's now a lovely office room, but back then it was a ghost. The wind blew through it and made weird sounds. Thought it was haunted. Amazing now to see how much life has been returned.” Gavin Leonard Johnson

Arson attacks on the building 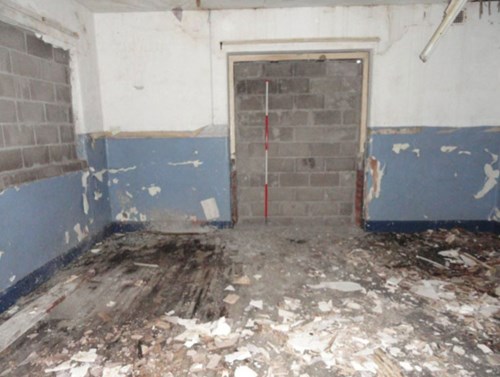 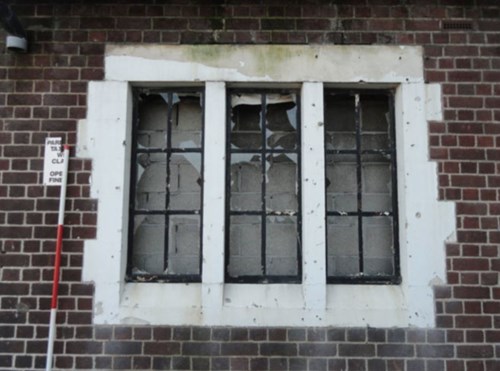 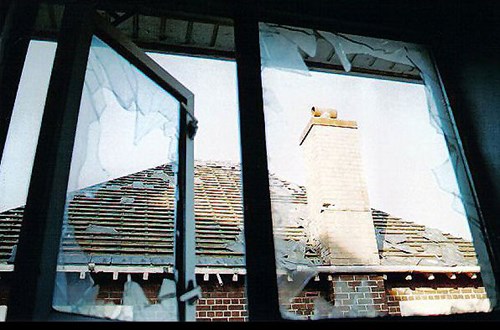 There were several fires started during the '90s. Councillor Allan Morris has fond memories of playing at Lysaght Institute as a child and going to the Christmas parties, he talked about being one of the firefighters who was called to the Lysaght Institute to try and rescue the roof. 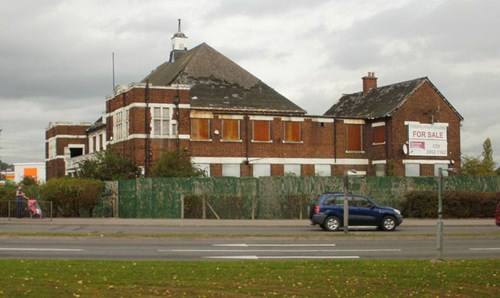 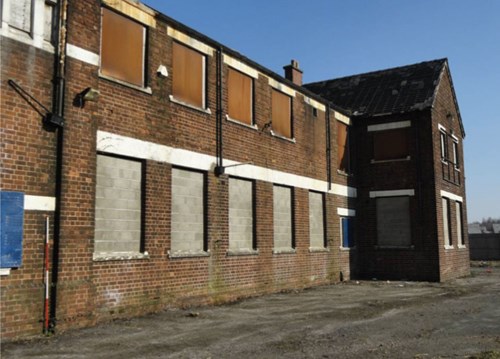 “We were there when the court ruled in favour of Morrisons and granted Linc the regeneration project. Local shops had tried to oppose it, which would have meant that the Lysaght Institute without Morrisons would have been knocked down, it felt like winning the lottery.” 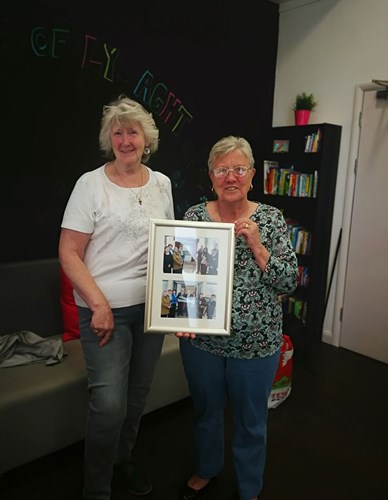 A new lease of life 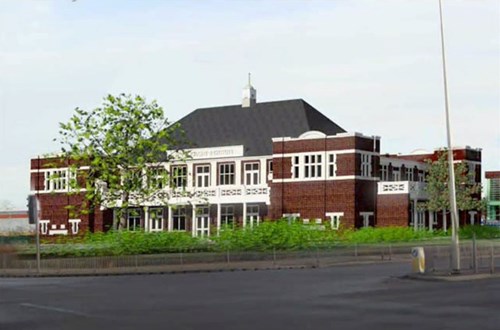 In 2008 Linc Cymru Housing Association identified a major regeneration opportunity that would bring lasting economic and social benefits to the Lliswerry Community and City of Newport. They bought the Lysaght and the adjoining 20 acres of land in the December, for a £50,000,000 redevelopment of the area.

In 2010 the regeneration project gathered pace. Planning consent was obtained by Linc to regenerate the site, which included the building of a Morrisons food store, the restoration of the Lysaght Institute building and the development of a residential development for 380 affordable houses. 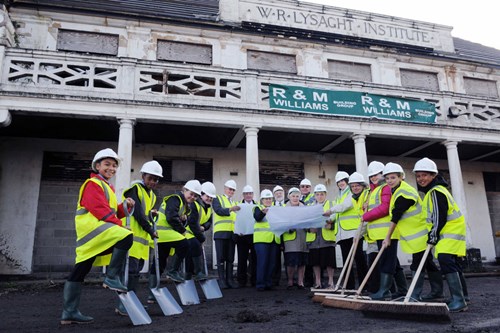 A small part of the original Ballroom floor was salvaged in the renovations and was used to make the reception floor.

“I was able to enter the building before the renovation, you had to wear all the safety gear, it was so sad to see, I cried, when I saw the state it was in, there were plants growing all over the floor.”

Robert Smith, who was chief executive of Linc-Cymru at the time of the renovation project, said:

“From day one, it was clear to us that ‘The Stute’ was an important part of community life for many years and it is our intention to create a ‘New Lysaght Institute’ that will incorporate its illustrious past and provide a community hub for the future."

"The restoration of the institute is part of the £50 million Lysaght Parc regeneration project that includes the recent opening of Morrisons supermarket and the development of 76 new homes, which tenants have already started moving into." South Wales Argus 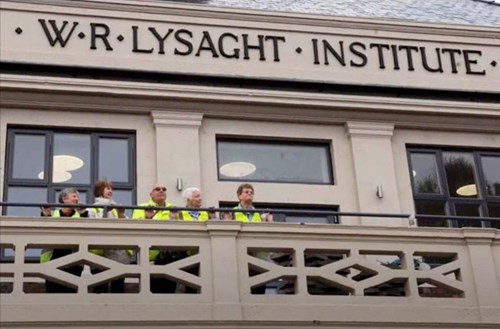 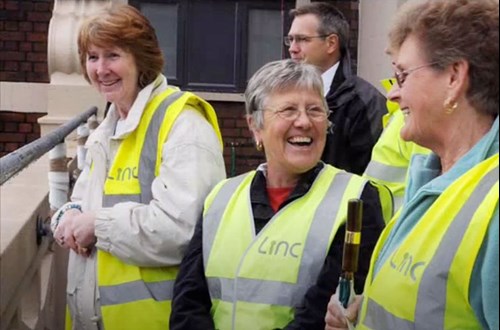 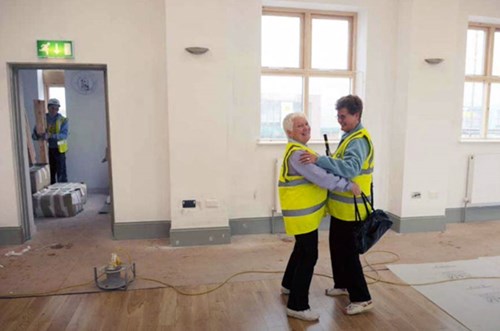 A local social enterprise was brought in to run a small café, a creche facility and training and conference facilities were organised to cater for both local and national events. Local community members were recruited. The building started to regain the status it had lost over its derelict years. Tea Dances became common place again at the ‘Stute. However, the aim was to enable Lysaght to become a self-sustaining business and after several years of trying to make ends meet, the Lysaght Institute needed a new strategy to help it become a viable business but one which would not forget its community roots. 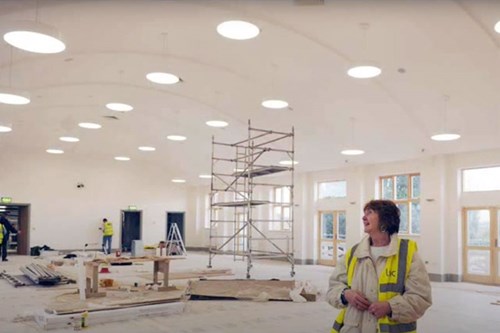 Lysaght Institute began to focus upon reaching it’s wedding market. The building received further funding from Linc to ensure it ‘looked its best’ and a small community room was dedicated for sole use by the community for free. The creche facility continues to run and the building is also a well-known and beautiful venue for meetings, training and conferences.

See below a selection of community responses to the plan to redevelop Lysaght Institute, collected at the time of the regeneration project. 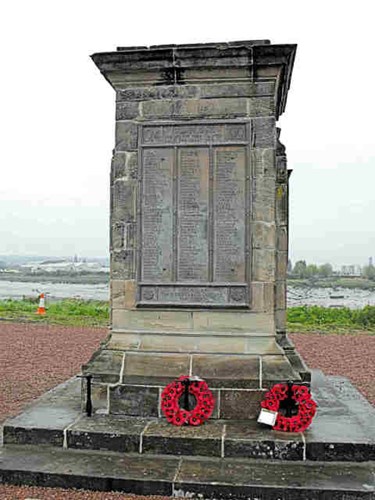 The Orb Steel works Cenotaph war memorial to the employees of Orb Electrical Steels lost in both world wars was unveiled at its new site in 2009. The firm sold off some of its land for housing in 2008, which meant its war memorial had to be relocated brick by brick to near the new office block.

On May 13th 2009 around 50 people gathered at the new spot for a rededication ceremony taken by Reverend Edward Mathias-Jones of St. Stephen's Church, including current employees and the families of those commemorated by the plaques.

Read coverage of the unveiling by the South Wales Argus