Watch a playlist of people talking about the 2010s here 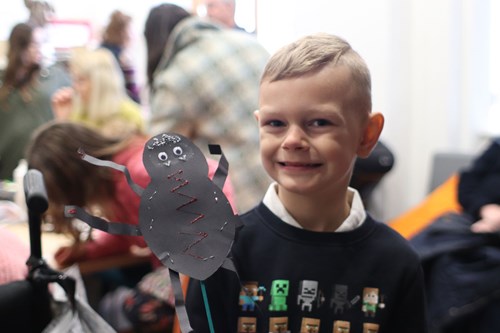 The group was set up to promote and support the activities and facilities of the Lysaght Institute for the benefit of Newport residents and beyond. A fantastic community group free to join that organises Art & Craft sessions through half term and the summer period.

“We also provide other events throughout the year for the community and support Lysaght Institute, like their annual Christmas event for children, we helped look after the reindeer this year.”

“I’ve joined friends of the Lysaght, I follow the Lysaght Facebook page, so hope to get involved in a few more events and things in the community, I think it's lovely.” Shannel Mitchell

Lysaght Garden Suite has a free children's library, run by locals for children and families to enjoy, they meet every Saturday for story time and crafts.

“It’s good that there is a community library for children here, because they closed the local library down a few years ago. I was very disappointed to find out they had closed that, so it’s good to know there is still a children's library in the community.” Shannel Mitchell

More info on the activities of the children's library here

In 2017 Green Linc started a community garden with locals and Linc Tenants. They have a raised bed with different vegetables and fruits, encouraging the local community to learn how to grow their own food. 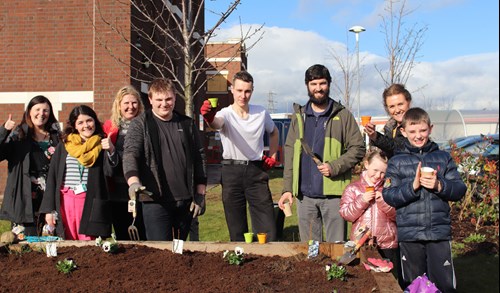 Lysaght community garden run by local Linc tenants and volunteers received recognition for the quality of its green space, they received a Green Flag Community Award in August 2019. 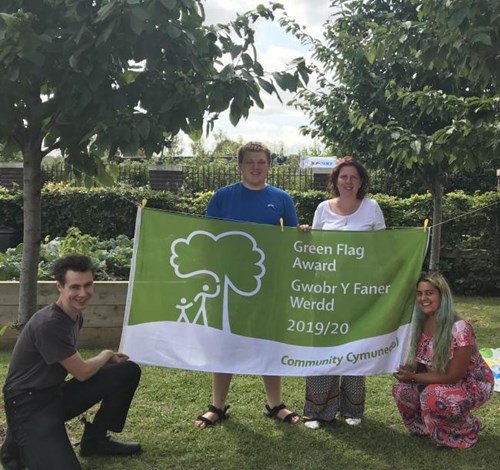 “I’m 84 now, but I remember my gran coming back from the allotments with a basket of fruit and veg, my dad worked on a farm, so we were well looked after. You didn’t think of going to the shop for a tin of peas, you had to sit there and shell them. My son in law’s father, he kept a beautiful garden as well, as did my husband. I love gardening, but I love the flowers.” Linc-Cymru tenant

“In WW2 it was dig for victory, I used to go to an allotment after school, and we would help with the plots, digging and helping with the harvest, carrots and potatoes, and lots of cabbages” Linc-Cymru tenant 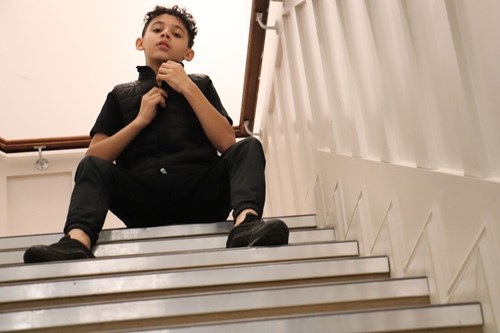 We worked with some young people to make their own animations as part of a project delivered by the Ministry of Life - a local charity. The group is open to all young People in the Lliswerry and Local area. We held a photography workshop at the youth group, the talent the young people have was outstanding.

Listen to feedback about the group from the young people. 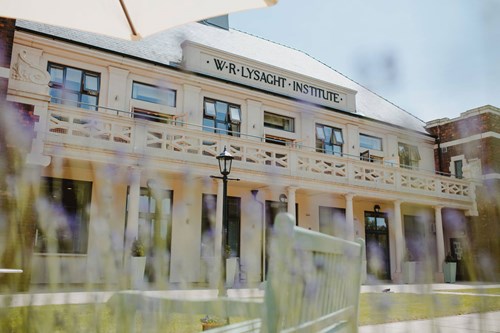 The re-opening of Lysaght Institute

The Lysaght Institute was officially opened by the Lliswerry Community on the 6th of November 2012 for the benefit of the local enterprises and the whole community. The first tea dance in over a decade took place on the new floor.

The news was welcomed by local councillor Roger Jeavons. 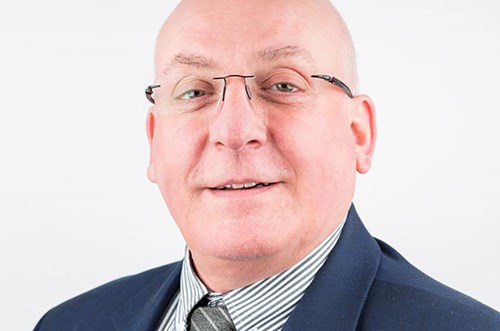 He said: “We, as residents of Lliswerry, have waited many years for ‘The Stute’ to be reopened and used again as a community building.

“Lliswerry ward Councillors have fought hard for this building to be refurbished, as we know it means so much to the people of Lliswerry and the City of Newport." South Wales Argus

“When I heard it was opened, I thought it was really good, and heard there would be a Morrisons too, it was just really good that they were going to do something about it really, because they leave some buildings, you know, to just fall apart, and standing derelict.

“I remember when this first opened and they had the kettlebell class, and they had classes here, and I started doing that. I always pop in and see what they’ve got going on. New classes and they’ve done a few things for the children as well, at Easter I brought the little ones to craft.” Shannel Mitchell

“I think it’s really nice to have something like this in the community, not just Morrisons on your front door, I push the pram out of the house and there's not that many places to go, so it’s just nice having a friendly community.”

From Strength to Strength

The Lysaght Institute continues to go from strength to strength, delivering memories and experiences for so many people supporting the memory that Lysaght has been bringing people together since 1928.

"Delivering peoples dreams is continuing in the Ballroom. Lysaght has hosted over 40 wedding celebrations. It is a day that we are honoured to share with our wedding couples and that they have chosen Lysaght and included us in ‘their Love Story’.

Lysaght is licensed to hold wedding ceremonies and those moments to cherish are memories that fill Lysaght to this day. The Ballroom is still used to dance the night away at every celebration and start new love stories years on with couples meeting for the first time on the dancefloor. The landscaped gardens still offer a beautiful backdrop for photographs and the sound of laughter and love resonates again.

"In March 2020 the team has managed to secure the cenotaph from the Orb Works (which is sadly being closed by TATA steel) and we are bringing it ‘home’. It is our way of showing our respect and give thanks to those that made the ultimate sacrifice that originally worked for Lysaght in the First and Second World Wars. It also allows people who either have an interest in history or whose relatives are on the memorial a chance to come and pay their respects. As part of the Loving the Lysaght project, we will be redeveloping the green space around the cenotaph." The Lysaght Institute Team

“I went to a wedding party here last month, that was nice, it’s very modern compared to how it used to be. I like it, but I like how they’ve kept the history side of things downstairs, on the walls that’s nice” Shannel Mitchell

Helen Jones, fourth from left in the picture above, has a connection with the Lysaght Institute reaching back as far as her Great-grandad 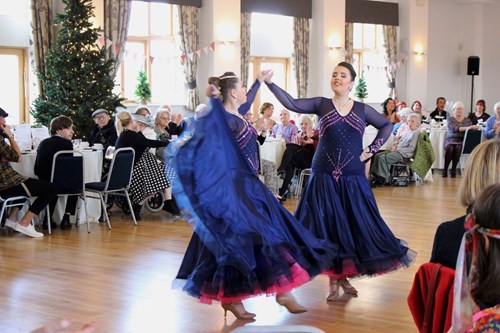 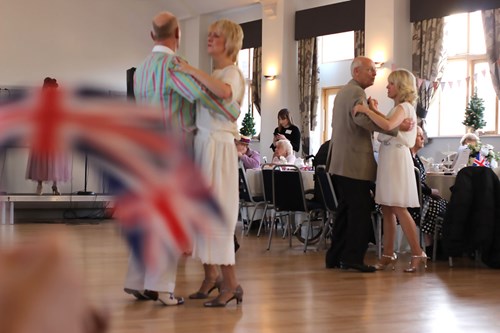 On 7th December 2018 Lysaght celebrated its 90th Anniversary and launched its new project ‘Loving the Lysaght’ which received £54,000 of funding from the National Lottery Heritage Fund along with support from Linc Cymru.

"There was singing, dancing, displays, and afternoon tea. We were treated to dance displays too. At one point I could see people from every age group on the dance floor from aged 7 right through to 97 – it was amazing – such a celebration of such an iconic building" Suzy Bowers – Linc Engagement Officer

"Mrs A lives with dementia...today she lived out some beautiful memories whilst taking to the dancefloor"

"We dressed up in flapper dresses – and had great fun.  I met a lady who met her husband here so she wanted to go out to the balcony for a sneaky reminder of her past" Anthea – Linc-Cymru tenant

"The idea was to involve Crystal in singing live again. She was an original singer at the Lysaght. She would have loved that. Sadly, she was too unwell to join us" Suzy Bowers 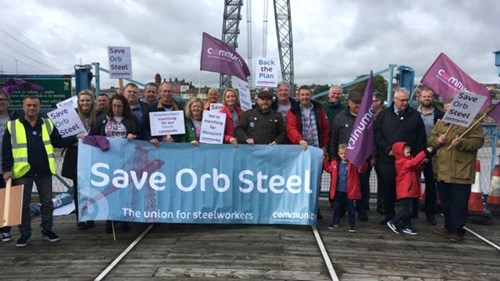 Sadly, in September 2019, Tata Steel announced plans to shut the plant, putting up to 380 jobs at risk. The community came together to protest, hundreds went to the streets to oppose the closure and fight to save Newport's Orb steelworks. It was decided in early 2020 to "mothball" rather than closing the plant as it searched for a new buyer.

Thoughts on the proposed closure

Read newspaper Articles about the closure: 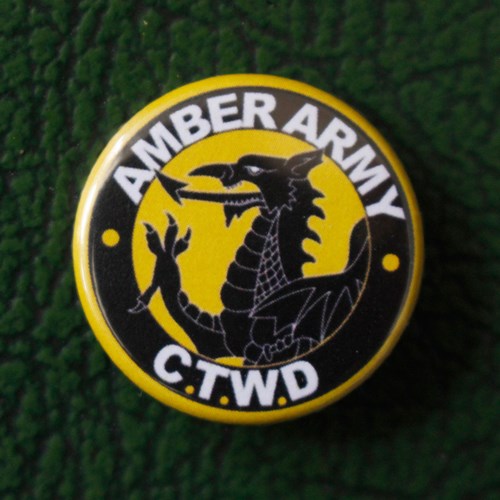 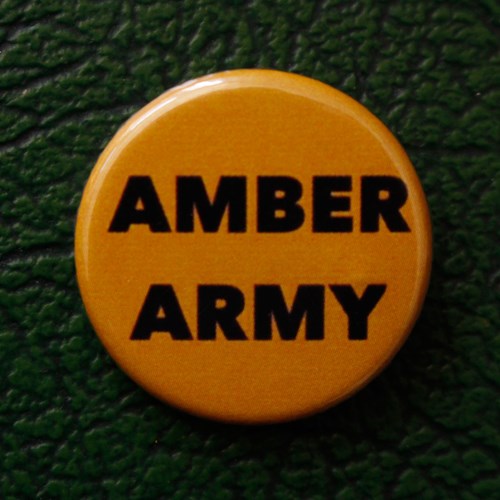 Newport County, a club on the up

In 2012 Newport got through to the FA Trophy Final and their first Wembley Stadium appearance coincided with the 100th anniversary of the club. County lost the final 2–0 to York City who went on to secure promotion to the Football League a week later in a Wembley play-off match. 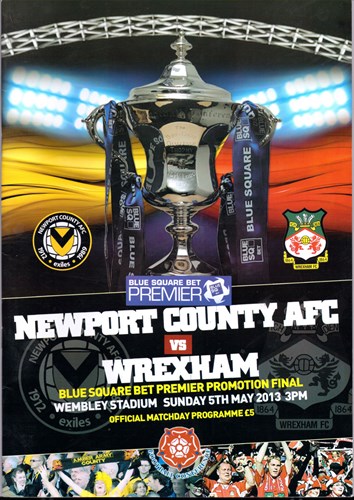 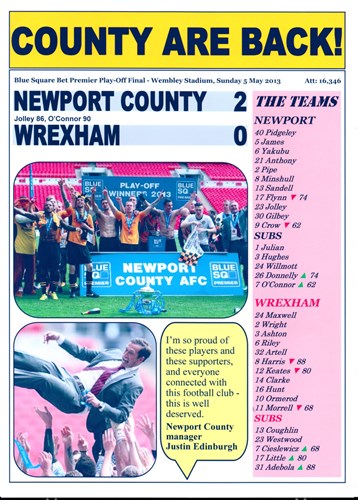 Newport County won the match 2–0 to secure promotion to League Two, re-entering the Football League after a 25-year absence.

“I came back from America to watch the final between Wrexham and Newport County in the 2013 Conference Premier play-off Final it ended up costing me over £2000 in flights, but was worth every penny to watch the match with my Dad, who was a lifelong County supporter, we saw County win 2-1, we were back in the Football League after a 25-year. That was like a dream come true for both of us.” 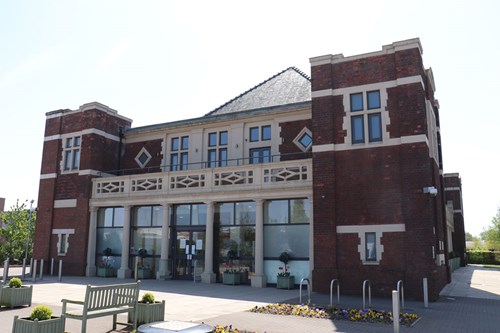 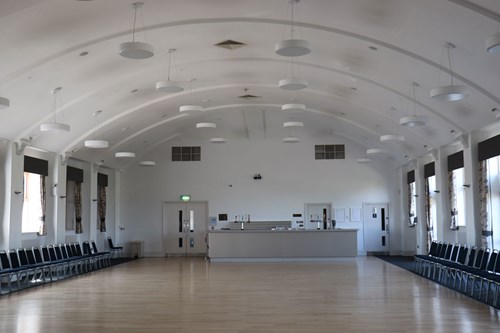 In 2020 the Lysaght Institute shut its doors for a second time, this time because of the Global Pandemic – Covid-19.

Despite the building being closed for some months, the Lysaght staff, along with the local community, Friends of the Lysaght, Linc and Loving the Lysaght organised a stay at home street party to celebrate V.E Day's 75th year. VE Packs and boxes were distributed across Newport to enable people to take part in social distancing street celebrations. This was a huge success and over 2000 people took part in organised safe ways. 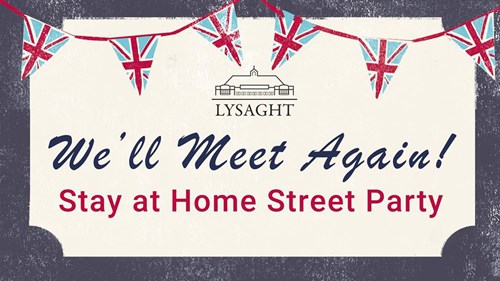 A community garden in isolation 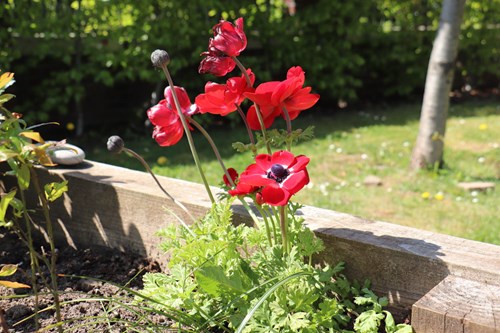 Despite the lockdown, residents Caroline and Rob who help run the community garden continued to take water to the garden with large bottles from their houses to make sure the plants survived the hot weather in lockdown. It reminds one of Tracy Howell's dad, who took water in buckets to keep the bowling green going in the '60s when there was a hose pipe ban. Both examples show great commitment to the local Lysaght projects that people have started up, and represents the pride people have in their local community, past and present day. 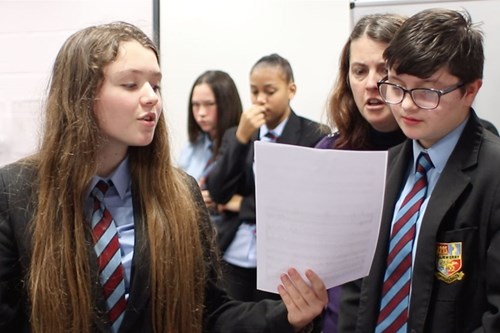 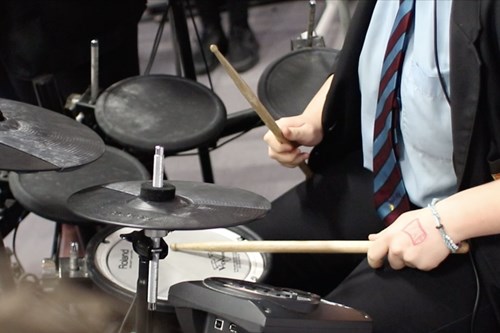 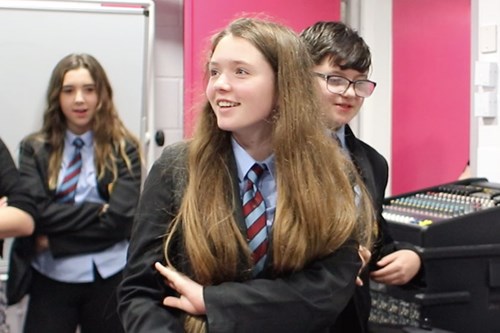 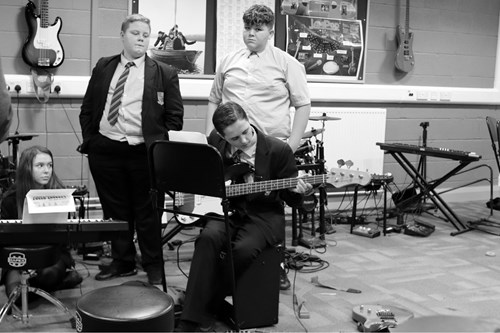 As part of the project and with funding from the National Lottery Heritage Fund (NLHF) we commissioned Operasonic to develop a musical with students from the local Lliswerry High in Newport. Our aim was to involve young people who have a strong local connection with the Lysaght Institute as well as those who might have a history of family or cultural connections to the iconic building. With a great response from the Lliswerry High and their students, work began on the Musical. Memories were gathered, songs were written and music was composed in fun, lively and friendly sessions.

However, in March 2020, a month before the Musical was due to be performed at the Lysaght, the country went into lockdown as a result of the global pandemic Covid 19, all was not to be lost as adaptations were made to the programme to enable the musical to be developed virtually for all to see and experience online. 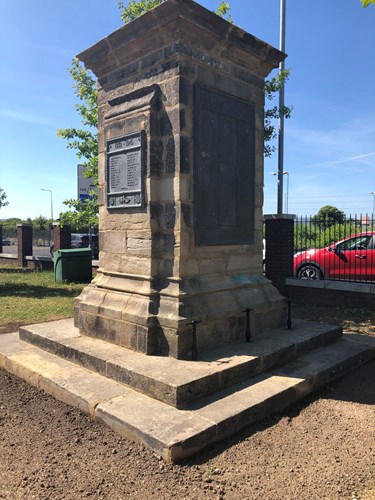 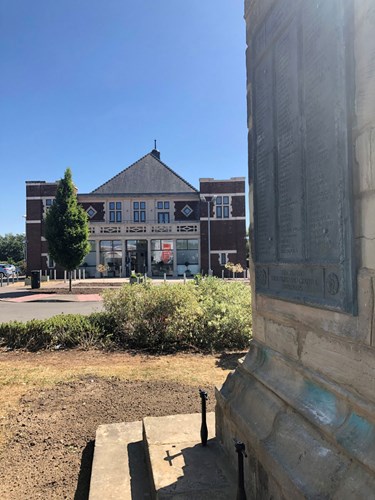 Lysaght Institute announced the following on Facebook in May 2020:

“We have some wonderful news to share with you and thought it was only right to announce this today on the 75th anniversary of VE Day. During WW1 and WW2 many men who worked for Lysaght lost their lives. They are remembered on the Cenotaph that is currently situated on the Orb Steel Works... the Cenotaph is being relocated! It is coming home, to us!!
In November we will announce a date for a dedication service and remembrance event for us to never forget those who are such a big part of our lives today at Lysaght and continue to be the Lysaght legacy."
Lysaght Facebook page May 2020